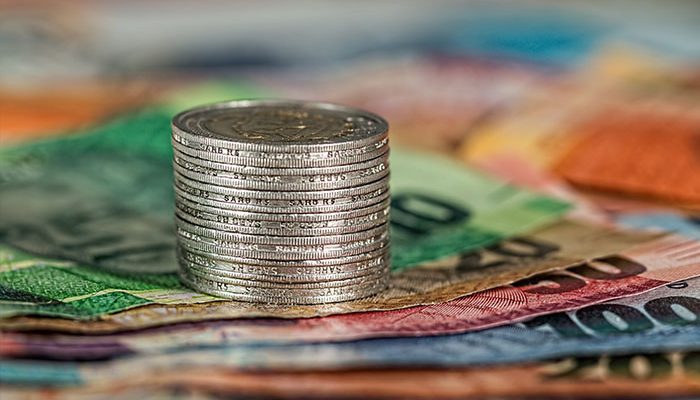 Do you find it confusing on how to classify costs among direct cost, variable cost, fixed cost and indirect cost? Well, this article is written for you and this will bring an end to the confusion about these classifications of costs.

Similarly, the sum of all variable costs and all fixed costs also equals to Total Costs.

Total costs mean all and every kind of expenses which a company may incur. So, there are two ways of calculating total costs. Now, the critical point is, the total costs would always be the same, whether we calculate by the first formula or by  second formula. The answer should be the same and not different.

Even if you didn’t understand the concepts till now, don’t worry, let’s start and explore all these types of costs one by one.

Direct Costs and its types (definition, examples and explanation)

Direct Cost definition: “A direct cost related to a product or a service is a cost which is incurred directly as a result of producing that product or providing that service.”

In short, any cost related to manufacturing / producing a product is a direct cost. Below are some of the examples of direct costs:

All of the above-mentioned costs are directly related to the manufacturing of goods or providing services. There is no chance of these goods manufactured or services offered without incurring these costs. Therefore such costs are termed as direct costs as they incur directly as a result of making a product or delivering a service.

As a general rule of thumb, any expenses which are incurred in the production plant will be considered as direct expenses (or direct cost). 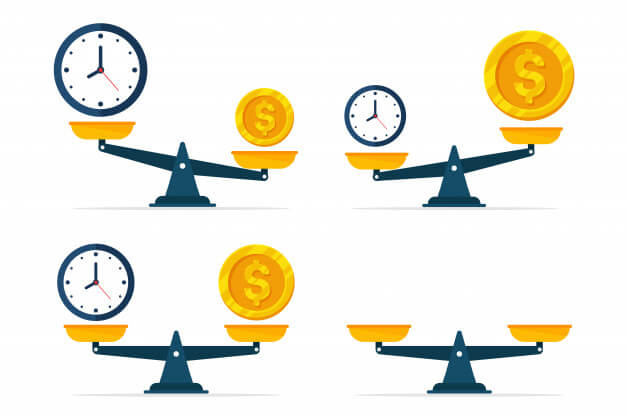 Another example is the cost of direct labour, i.e., the worker or staff who worked directly on manufacturing that product or delivering that service will be considered as a direct variable cost. Let’s take one example of the construction sector, where construction labour is paid daily for construction work. The number of days the labour will work, the more will be the cost of labour. Thus, it is a variable direct cost.

Another example would be the fuel cost of a transport company. The more trips a bus will make, the higher will be the fuel cost. Fuel cost is directly related to the provision of service (pick and drop, city tour, transportation etc.), and it would vary depending upon the level of activity is done in a day. Therefore, fuel cost would be classified under direct variable cost for a transportation company, logistics company, tour operator company, cargo service, airline, bus and railway network etc.

However, it is important to differentiate that same fuel cost will not be a direct cost for some other sectors like an I.T company, a furniture manufacturer or a towel manufacturer as this fuel is not used directly on the production of goods or delivery of services.

For a software development company, the salaries of developers can be classified as a direct variable cost. A time record sheet can be kept to track how many hours of each developer are spent on a particular software/project. Then, the salary of that developer will be directly allocated for those number of hours to that particular software/project. The more time a developer will spend coding a particular program, the higher will be salary recharge to that project. Thus, salaries of software developers become a direct variable cost for that service. 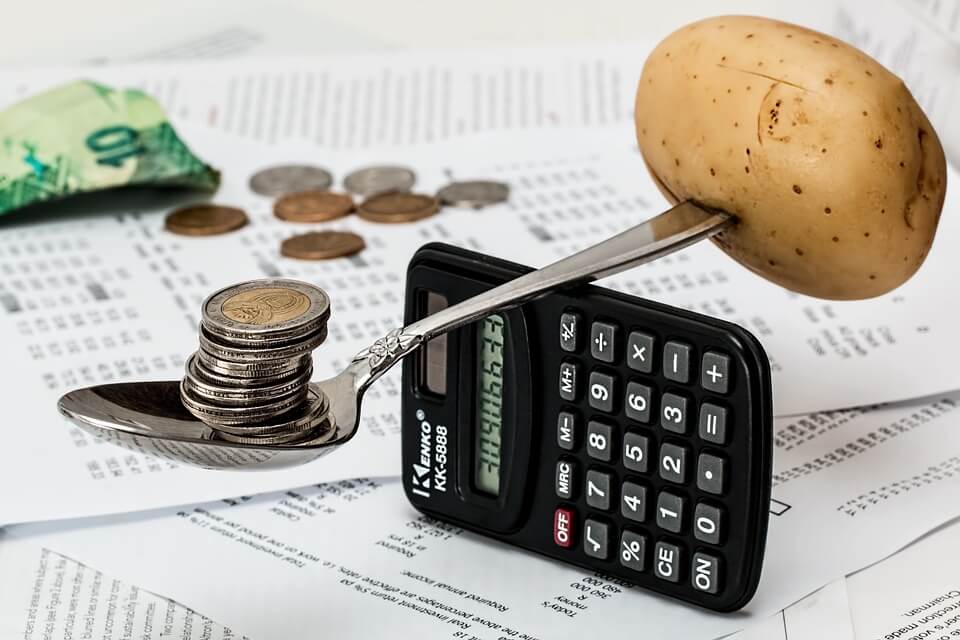 A direct fixed cost is the second type of direct costs (the first being direct variable cost). A direct fixed cost is a cost which is directly related to the production process or service delivery but does not vary as per activity level. This cost would remain the same even if more or fewer units are produced.

It is essential to understand that direct fixed cost is incurred on the core product or the service which is being provided to the customer, and this cost should not increase if the activity level is increased or decreased.

Let’s take an example of a manufacturing unit which produces textiles in a rented building. The rent of the building where manufacturing is being done is directly related to the production because production is happening here. However, the lease amount will not increase if the textile unit produces 1,000 shirts or 1,200 shirts in a month. Similarly, rent will not decrease if that textile unit produces 800 shirts. Rent will remain the same. Thus, rent expense of the production facility is considered as a direct fixed cost.

Let’s take an example of a university whose core service is to provide education and lectures to the students. The full-time lecturers who are employed at a monthly salary provide this core service to the customers (i.e., students). The salaries of these full-time lecturers remain the same regardless of the number of lectures delivered in a day. This is an example of a direct fixed cost in an educational institution. Please note that if a lecturer is on visiting faculty and charges university at an hourly rate, then, the remuneration of that visiting lecturer would be considered as a direct variable cost.

In the healthcare segment, where doctors are employed at a fixed monthly salary, the salaries of such doctors will be considered as a direct fixed cost. The salary is a direct cost because doctors are directly involved in providing the service (i.e., treatment) to the customer (i.e., patient). Since the salary is fixed (regardless of the number of patients treated), it would be considered as a direct fixed cost.

If a company registers a patent of a particular formula or a product, the cost of that registration of copyright would be considered as a direct fixed cost. For example, let’s take an example of a manufacturing company which invented a new medicine for the treatment of cough. Now, this medicine and its formula are patented by the company by paying registration and patent fees. Under this patent, the company can manufacture unlimited units of this product, and no other company can use the same formula. The registration cost of this patent is directly related to the manufacturing of this medicine. Because, without having registered this patent, the company could not produce this medicine. But the cost of the patent would remain fixed and will not vary based on the number of units produced. Thus, the cost of registration of patent of a new formula or design or a model for a pharmaceutical company or an automobile company would be considered as Direct Fixed cost.

Depreciation expense of the plant, machinery and the manufacturing equipment is a fixed direct cost. The cost is fixed as the rate of depreciation would remain the same (unless there is some situation where depreciation is accelerated based on the usage of the machinery). Similarly, depreciation of the building where manufacturing is carried out will be considered as a direct fixed cost. Similarly, in case of a telecom company, depreciation expenses of the telecom equipment (towers) installed in different areas would be considered as a direct fixed cost. This cost is direct because it is directly related to the provision of telecommunication services, and it remains fixed on a monthly or yearly basis.

Indirect Costs and its types (definition, examples and explanation)

Definition of indirect cost: “An indirect cost is a cost which is not directly related to manufacturing of a product or creating a service”.

Examples of Indirect Costs are as below:

There are two categories of indirect expenses:

The first example of an indirect variable cost we will take is of the ‘indirect material’. An indirect material is a material which is not used in the manufacturing process, but it is used as part of the sales. For example, let’s take the case of a factory outlet which sales shoes. Now, the box in which shoes are handed over to the customer is not a direct cost related to the production of shoes. But still, the cost of a box is a variable cost as it would increase with the increase in the number of sales.

Alternatively, take an example of a retail store which is in the trading business, i.e., it would buy products and then sale ahead without any modification. The direct cost for the retail industry is the cost of the purchase of those products. However, once any product is sold, it is usually handed over to the customer in a polythene bag. This polythene bag is not part of the product cost, which is purchased, so it is not a direct cost, but it is an indirect cost. The cost of polythene would increase with each level of activity, i.e., sales; thus, it would be considered as an indirect variable cost.

Let’s say that you are the owner of a restaurant and provide meals to the customers. As part of your business strategy, you also offer free home delivery at the same rate as of dine-in. Now, if a customer places an order to deliver a meal to his doorstep, you need to send this meal to the customer. This has been outsourced to a third party company. This third party would charge say $2 for each delivery of your meal. Now, this cost is another example of an indirect variable cost. This cost is not directly related to the preparation of the meal. However, it would increase with each new level of activity. 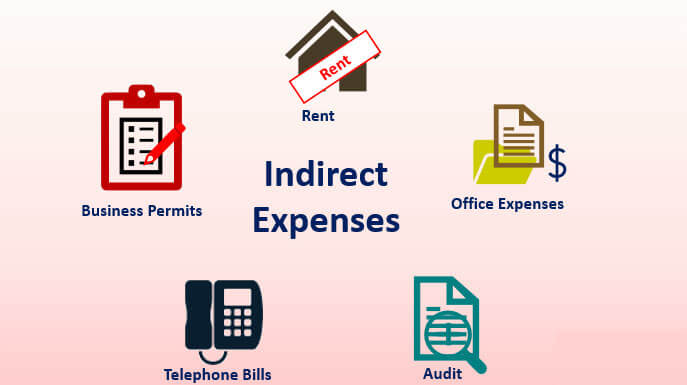 Fixed indirect expenses are those expenses which are not directly related to the activity level or production level or service providing. Further, these are fixed in a given period and do not change with a change in activity level.

This means that fixed indirect expenses will not increase if more customers buy your product or service.

If you are an online retailer and your I.T team is inhouse who handles all IT related issues. The salaries of this IT team would not increase due to the higher number of orders in a month than another. The same applies to the salaries of Finance team, HR team, procurement team and administration team.

Another ubiquitous example of indirect fixed cost is the rental expense of office blocks (not of the production block). The building in which all support functions are operating, the rent of those buildings or units would be considered as indirect fixed costs. The rents would not increase or decrease from one month to another if there are a higher or lower number of orders between these two months.

All routine office expenses like printing and stationery, courier, postage, electricity, water, pantry expenses and routine repair and maintenance incurred in the support function departments like HR, IT, Finance, Procurement, Administration, Security etc. would be considered as indirect fixed costs. These expenses are not directly related to production or service delivery. These expenses would also not be varying with a change in activity level.

Classification of expenses is a complex task, it varies from industry to industry, and there is significant involvement of judgment. Some theorists have defined classification in a different way than what is outlined here. For example, some theorists would classify the electricity cost of the production department as an indirect variable cost. However, in our approach, we have taken all expenses related to production as direct expenses. It depends on which methodology you use, but you need to be consistent in your methods.